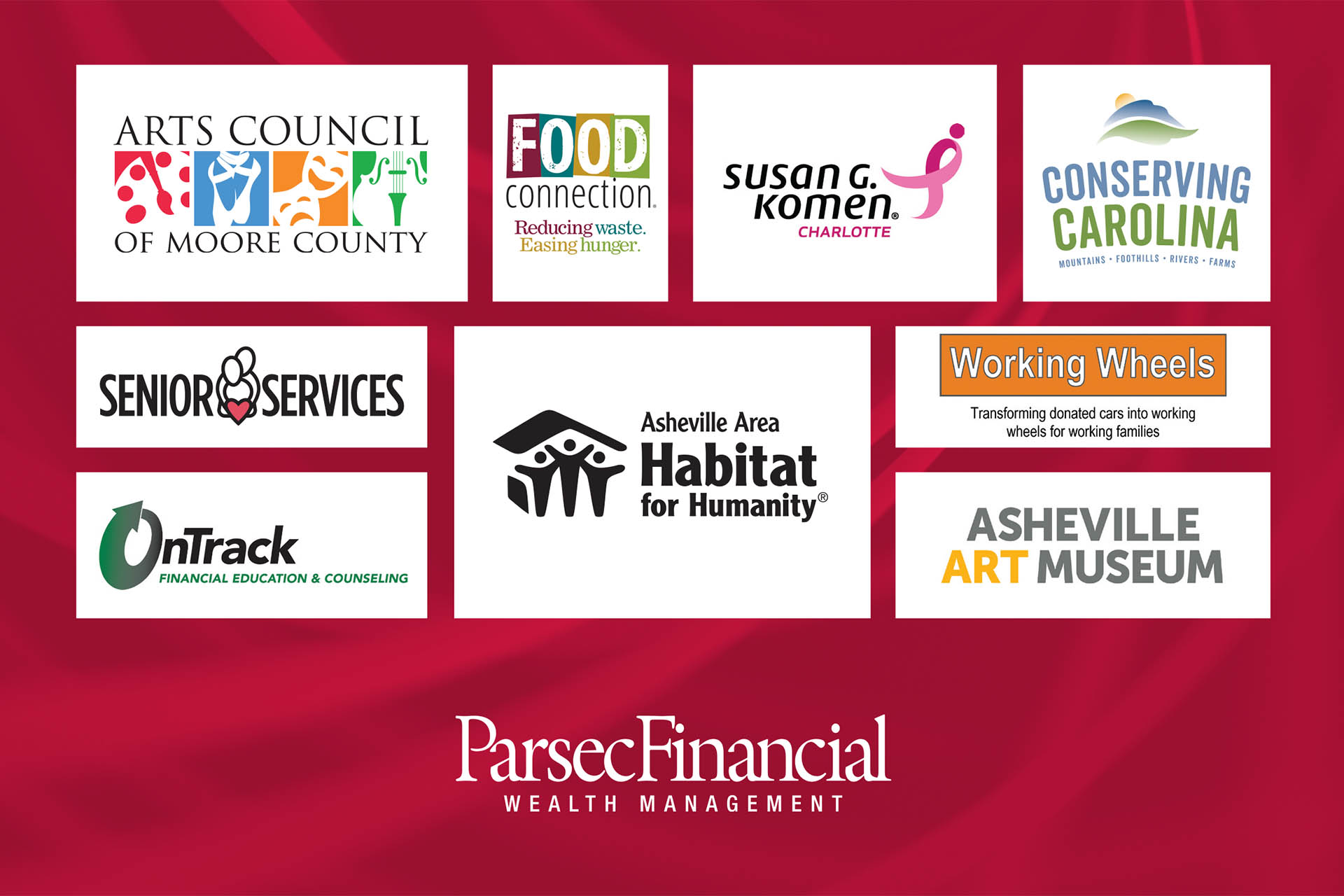 Fittingly on December 9th, Parsec Financial leadership and members from non-profit organizations across North Carolina gathered for the “9 in 2019” Parsec Prize celebration, which awarded $180,000 in grants to this year’s nine winners:

In 2005, the Parsec Prize was created as a means of financially supporting non-profits that are focused on improving the economic well-being of individuals and communities throughout North Carolina, including increasing educational opportunities for all and ensuring residents’ health and safety.

“Each year as we review Parsec Prize candidates, we are reminded in powerful ways of the invaluable work by our area non-profit organizations,” Parsec CEO Rick Manske said. “Their work is honorable and they service critical missions. Many of these entities are quiet champions, advocating for people in difficult circumstances. We are honored to know them and contribute to their success.”

“I think that of all the metrics our business could be measured, one great way is by the Parsec Prize because as we grow the amount we give back grows, too,” Manske said.

2019 grant recipients spoke about the positive impact that the unrestricted grants have had on furthering their organizations’ impact in the community.

“When I arrived on the morning of our grand unveiling, there was a line out the door. We knew that we had been waiting for this moment and clearly they had, too,” said Pamela Myers, Executive Director at the Asheville Art Museum. “Our Parsec Prize grant specifically supported Appalachia Now, an exhibition up through January. Our curator did more than 700 investigations of art throughout Appalachia and chose 50 to be highlighted. That exhibition would not have been possible without the participation of Parsec and the Parsec Prize.”

“We are thrilled to be the first ever multi-year Parsec Prize recipient,” said Celeste Collins, Executive Director with OnTrack Financial. “Because of Parsec and other funding, we are supporting 7,000 individuals every year. We have a variety of programs to provide supportive accountability, such as helping people learn how to pay their bills so they don’t file for bankruptcy and helping people learn about affordable housing, which is the difference between being housed and being homeless.”

Andy Barnett, Executive Director at Asheville Area Habitat for Humanity, spoke further about the pertinent need for safe and sturdy housing. “You might be surprised to know that right now three out of the four families that Habitat serves aren’t buying a home from us,” he told the audience. “They are working with us to repair a home that they already own. We found that providing low-cost home repairs supports our strategy to ensure everyone has a sturdy home.”

Barnett said the low-cost repairs largely include addressing accessibility issues and/or heating concerns and that more than 90% of home owners report that they feel safer in their homes and have experienced improved mental and emotional well-being after the repairs. “Isn’t that the essence of a home to feel safe, sturdy and happy? Thanks to Parsec, many more families in our communities are experiencing that,” he said.

Jamie Beasley, Executive Director at Working Wheels, credited the collaboration with his organization and others in the room and throughout the community as a large part of their growing success. “What we do is simple, it’s collaborative and it’s effective, which is why we love doing it,” he said.

Beasley spoke about a recent recipient who was living in a shelter separated from her children. Her daily commute of walking, waiting and riding the bus to and from her job at a local grocery store was four hours every day there and back. “She is one of 164 worthy recipients and thanks to the donations of people in our community and via grants like the Parsec Prize with the car she has been able to work 2.5 more hours daily, significantly increasing her living wages,” he said.

Flori Pate, Founder and Executive Director at Food Connection, noted that according to Feeding America, one in four children in Buncombe County do not have enough to eat. “We firmly believe that no food should go in the trash, so we help connect the dots between people who have too much and people who do not have enough,” she said.

Leftovers from the Parsec Prize celebration and Parsec’s upcoming employee holiday party will all go to Food Connection. “We value the amount of food we’ve been able to rescue at three quarters of a million dollars,” she said.

As Asheville grows, Manske noted that the importance of taking care of our land becomes more pertinent.

“We are particularly pleased to be a Parsec Prize recipient this year,” said Kieran Roe, Executive Director of Conserving Carolina. “The $15,000 grant will help us renovate and create a long-term office space in Polk County. Our organization has conserved more than 43,000 acres throughout Western North Carolina and we are busy stewarding those lands and playing a vital role in public spaces like Chimney Rock.”

In addition to the six grants to Asheville area non-profits, the Parsec Prize also played a role throughout North Carolina, supporting organizations in the Triad, Sandhills and Charlotte.

“While people around the world know Southern Pines for world equestrian and Pinehurst for world golf, we have communities around it that are disadvantaged,” said Ray Owen, Development Director of the Arts Council of Moore County. “Sadly, their schools do not qualify for funding because of the wealth of the surrounding towns. When we found out we received the Parsec Prize we put the word out that we wanted a match and got it from the community in eight weeks, which was huge.”

Owen said that the grant funding is supporting more than a dozen programs that they make available to 15,000 children in the community, such as providing first time books to children.

Lee Covington, President and CEO of Senior Services in Winston-Salem, made the trip to Asheville to discuss the growing role his organization plays in the Triad. “We have 125 staff and 1,800 volunteers who commit countless hours to achieve our mission,” he said. “We will deliver 250,000 warm meals this year through Meals on Wheels.”

Covington told the audience about Louise, who is 101 and still living by herself despite dealing with cancer and the pain that comes with it. Thanks to one of the many partnerships Senior Services has, Louise gets personal art lessons with her meal deliveries. “We also partner with the School of the Arts to go with Meals on Wheels to deliver live music at the door,” he said. “It brings an element of spontaneity to the services that we deliver.”

Manske closed by reinforcing that the attention and appreciation goes to those behind the scenes at the non-profits, from the board members to the employees and volunteers. “Everyone thanked Parsec tonight but you all are the heroes in the room. We need to thank you for the tireless dedication and invaluable impact you have had in our community,” he said.

In 2020 Parsec will celebrate its 40th anniversary. To pay tribute to the culmination of educational opportunities afforded to its employees and to recognize the importance of ongoing education, Parsec will award the 2020 Parsec Prize exclusively to educational/literacy-based non-profit organizations across North Carolina. The deadline for non-profits to apply is December 31, 2019.

Thank you for subscribing to our email newsletter. We are excited to share with you our latest news, thought leadership, and more.