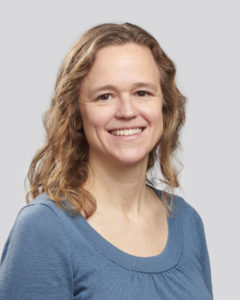 When Parsec CEO Rick Manske announced it to the firm, he noted, “Her authentic leadership and process-driven style is a skillset that has greatly impacted Parsec’s trajectory. She is very deserving of this role, and this puts us in very capable hands.”

Bill Hansen held the president role previously and will more narrowly focus on his roles as chief financial officer and chief investment officer. As such, he intends to sharpen Parsec’s investment process and content and continue to guide the financial reporting and strategic decision making.

Bill wrote, “I believe Harli embodies this new role, and I will give her my full help and support whenever and however needed. This will be our 19th year working together, and I appreciate all she has done to contribute to the growth and management of our increasingly complex company, as well as her outside involvement within our industry and with local non-profit groups.”

Harli began working at Parsec Financial as a client service specialist in 2003 when she was only 27 years old. She has an English major from Wake Forest University but no other prior financial experience. However, she dedicated herself to the industry and our company, obtaining her CERTIFIED FINANCIAL PLANNER™ certification in 2007 and ultimately receiving the Chartered Financial Analyst® designation in 2010, considered to be the most prestigious designation in our industry. She was promoted to a financial advisor in 2006 where she excelled working with clients. Harli was subsequently promoted to Parsec’s chief compliance officer in 2013 and chief operating officer in 2015 and has served in those dual roles since.

When she started at Parsec in 2003 there were 13 employees and two offices. In the past 19 years, she has helped oversee the expansion to 79 employees across six offices, including three acquisitions. She currently manages 12 employees directly, and 47 employees indirectly.

She has mentored many females at Parsec over the years. In one example, she hired and mentored a young female who began in 2010 as a summer intern, and who today is a senior financial advisor with her CFP® and two other industry designations applicable to her work.

Harli has been a proponent of helping women succeed in the workplace by being a champion of promoting from within and promoting based on merit. Many women enter the financial industry from non-traditional entry points, either because they do not initially believe the financial world is for them—whether due to historical industry demographics or taught behaviors—or because they are starting new careers after years of staying home to raise children. By providing opportunities for all employees to excel in the areas that suit their strengths, encouraging further education and credentialing in the field, and taking leadership roles when possible, many women have been promoted through the ranks at Parsec.

Harli has been actively involved with the non-profit organization OnTrack since 2013, and currently serves on their executive committee. She has served on other boards in the past, including in the capacity as Helpmate’s board president in 2010. She currently sits on the professional advisory board for the Community Foundation of WNC.

While all adults with parenting duties have full plates, it must be noted that Harli worked full-time while pursuing the rigorous and time-intensive CFP® and CFA® credentials for a period of seven years, during which two of her three daughters were born. Now, she is focused on raising her daughters to be as ambitious and professionally successful as she has been. Her middle daughter says she wants to be the first female president, and Harli says, let’s hope it doesn’t take that long.

Forbes: Up Your Investment Game With Lessons From The Tennis Court