Choosing to save into a Roth IRA or traditional IRA is one of the more daunting retirement savings decisions most people face, but it doesn’t have to be. Here are the differences between these two types of accounts and the variables you should consider if you’re faced with this decision.

First the good news, you’re saving for retirement, and no matter which type of IRA you choose, your savings will get the benefit of tax free growth. This can have substantial advantages over saving in a traditional brokerage account.

In exchange for this benefit, both the traditional and Roth IRA have some very specific guidelines that savers need to follow. Let’s take a look at each.

Individual Retirement Arrangements, or IRAs, were created by the Employee Retirement Income Security Act of 1974, which was a landmark piece of legislation for retirement savers. Pending certain income restrictions, dollars you contribute to an IRA earn you an “above the line” deduction, which can lower your taxable income for Federal tax purposes. This perk is meant to incentivize saving for retirement.

Since the dollars going into your traditional IRA are tax free, you’ll have to pay income tax on them when you make a withdraw. If you make a withdraw sometime after age 59 ½, you will only have to pay Federal and possibly state income tax on your money, however, if you should happen to need those dollars you stashed in your IRA before age 59 ½, you’ll not only have to pay Federal income tax on them, but the IRS will also assess you a 10% penalty. There are some exceptions to this rule, but you should avoid taking dollars out of your IRA before age 59 ½ at all costs.

Senator William Roth of Delaware is the namesake of the Roth IRAs. He was a co-sponsor of the Taxpayer Relief Act of 1997 that brought this type of IRA into existence. The primary difference between the traditional and the Roth is that Roth IRAs are funded with after-tax dollars. While this eliminates the immediate benefit of a tax deduction for making a contribution, all of the dollars you withdraw from your Roth IRA after age 59 ½, both contributions and investment gains, are completely tax free. This is a game-changer if you take into account several years, even decades, of investment growth.

Just like the Traditional IRA, the IRS sets some income guidelines on Roth IRA contributions. If you find yourself exceeding these income limitations, there is a strategy referred to as a “backdoor Roth contribution,” but this is a complicated transaction and should be discussed with your advisor.

Which one is right for me?

As always, any financial advice is a highly personal and dependent on your specific situation. Generally speaking, conventional wisdom has dictated that if you’re in the early stages of your career, you’re likely to be in a lower marginal tax bracket and it might make more sense to pay that lower tax rate now and make a Roth contribution.

Likewise, if you’re mid to late career and at or near your peak earning years, you’re likely hitting a higher marginal tax bracket than you will in retirement, so a traditional IRA contribution would make more sense.

Tax Cuts and Jobs Act passed at the end 2017 provided one more curveball to make a complicated decision even more confusing. This round of tax reform lowered tax brackets from their already historic lows. So, if you’re a married couple making less than $300,000 or a single filer making less than $150,000, you’re likely paying the lowest marginal income tax rate you have at any point in your lifetime. These lowered rates are also scheduled to sunset in 2026 and, without legislative intervention, will revert back to their previously slightly higher rates. Couple this with the fact that our national debt recently surpassed 100% of GDP. At some point that debt will need to be paid back, or at a minimum reduced. Since individual income taxes are the Federal government’s largest source of revenue, one can only postulate that future decades may bring a higher tax regime. Given that, Roth contributions and even conversions might make sense in this historically unique period of time.

I’d love to help! Creating a retirement savings strategy is just one aspect of charting out your financial course. So, if you’ve ever wondered if you’re saving into the right kind of IRA, or if you’re curious about tax saving strategies, we should talk: calendly.com/meetwithjudd/intro 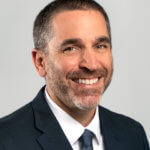 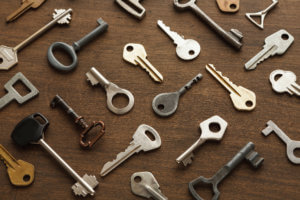