Why Roth Conversion Planning Is Important at Retirement

With higher marginal brackets a likely reality and the 2019 SECURE ACT’s elimination of the STRETCH IRA, annual income tax planning has become even more important. It’s human nature to defer paying taxes for as long as possible. We all hope for a refund versus a tax bill in April. However, this approach may be too simple.

Most companies, non-profits and government entities offer a retirement plan that allows workers to save on a pre-tax basis. The IRS incentivizes working Americans to save for retirement by reducing their tax bill during earning years, when their tax liability is often higher. On the flip side, the IRS limits the timeframe for these accounts to grow without any tax liability. Beginning at age 72, a minimum withdrawal is required annually, which is referred to as the RMD (required minimum distribution).

The timeframe between retirement when earnings drop off and 72 (the gap years) creates an opportunity for income tax planning, specifically Roth conversions.

Let’s look at an example:

A couple has saved $3.5 million in their combined 401k and 403b plans at work (now in Rollover IRAs). They’ve also saved $800k in a joint brokerage account. Projections look favorable for this couple to retire early at age 60.

The couple assumes living expenses will be covered from the brokerage account and not the IRAs once they retire. They don’t like paying taxes (who does?), so they prefer to wait until age 72 to withdraw from the tax-deferred accounts. When drawing from the brokerage account, their only tax liability would be the income (dividends and interest) and capital gains, which would keep their marginal bracket low. With this approach, their taxes would remain low in this early phase of retirement, but the IRA rollovers will continue to grow a tax deferred liability for another twelve years.

Rather than delaying withdrawals from the IRA, another more tax efficient approach is to begin Roth conversions the first full year of retirement.

This couple has the benefit of over a decade to convert annual amounts from the rollover IRA to a Roth IRA. Annual projections can be run to determine the appropriate amount to convert – starting with a conversion amount to fill up their current marginal bracket. A decade of otherwise tax deferred growth would now grow tax free in the Roth.

Assuming that leaving an inheritance is important, Roth conversion planning will lower the tax bill for children inheriting IRAs. Prior to 2019, adult children inheriting tax deferred IRAs had the ability to use their own life expectancy to make withdrawals, so RMDs could be made over multiple decades, thereby spreading the tax liability over their lifetime. The SECURE Act eliminated the “Stretch IRA,” and now tax deferred IRAs, most likely inherited during prime earning years, must be withdrawn over 10 years.

Roth IRAs on the other hand, grow tax free. There is no tax assessed on the earnings within a Roth IRA and tax on the principal has already been paid through the conversion. With recent proposals to increase marginal brackets (and significant bracket compression), along with the elimination of the STRETCH IRA, Roth conversion planning should be considered. 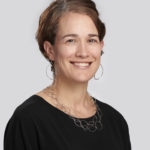 How To Evaluate Taking on “Fun” Debt

Personally, there is nothing more relaxing and exhilarating than being on a sailboat with a 15-knot wind on your beam (side), listening to the soft sounds of water splashing against the bow and using wind energy to propel the boat forward. Market declines like the one we are currently experiencing present great opportunities to take advantage of cheaper asset prices. Almost everyone with a taxable account should be harvesting tax losses during times like these. “What If” Contingency Planning

We want to ensure you are thriving, as living a healthy and successful life is truly priceless. Of all the steps that can be taken toward financial security and peace of mind, planning our own death and incapacity is the least popular. Life goals dominate our consciousness, and these goals are often about ourselves. Estate planning is not as much about us as it is about the people and things that we love.

If I Die Guide